Gall stones occur when bile, which is normally fluid, forms stones in your gallbladder. This is the organ that sits beneath the liver. Most commonly, gallstones contain lumps of fatty (cholesterol-like) material that has solidified and hardened. Sometimes bile pigments or calcium deposits form gallstones. Sometimes just a few small stones are formed; sometimes a great many. Occasionally, just one large stone is formed.

About one in three women and one in six men form gallstones at some stage in their lives. Gallstones become more common with increasing age. The risk of gallstones forming increases with:

. Having a close relative with gallstones

. Taking certain medicines such as the contraceptive pill

. Eating a generally unhealthy diet, particularly a diet which is high in fat

You can reduce your risk of developing gallstones by:

. Drinking a moderate amount of alcohol.

The role of the gallbladder in digestion

Dietary changes to help with symptoms of gallstones

There is no specific diet for treating symptoms of, or to prevent, gallstones. Most people with gallstones will have surgery to remove the gallbladder in an operation called a cholecystectomy. However, eating a low-fat diet is likely to reduce symptoms while you are waiting for the operation, as the gallbladder will not be stimulated to release bile into the small intestine. If you find that any particular foods trigger the onset of the pain then try to avoid eating those foods until you have had your gallbladder removed. Once you have had the operation there is no need to follow any particular diet, although of course it is always a good idea to eat as healthily as possible. If you are overweight, attaining a healthy weight will be beneficial. However, it is important to do this gradually, as rapid weight loss has been associated with the development of gallstones. A safe weight loss of 1-2 lbs (0.5 to 1 kg) per week is recommended

A healthy balanced diet consists of:

Plenty of fruit and vegetables. Aim to have at least five portions each day

. Some meat, fish, eggs and alternatives such as beans and pulses

. Limited amounts of foods high in fats and sugars

. Make sure your diet is high in fibre. This can be found in beans, pulses, fruit and vegetables, oats and wholegrain products, such as bread, pasta and rice

. Drink plenty of fluid – at least two litres daily, such as water or herbal teas

Try not to eat too much fat at one mealtime. It might be helpful to have smaller, more frequent meals. Some people find that specific foods are the triggers for symptoms. Keep a food and symptom diary to identify trigger foods. Avoid these foods for a two-week trial period and note any improvements in symptoms.

Gall bladder diseases are very common these days. These diseases range from innocuous gall stones to cancer of gall bladder which has very dismal prognosis. As a GASTROINTESTINAL SURGEON with HEPATOBILIARY experience we daily see cases from one extreme to another. Majority are simple gall stones and are managed at periphery , however what we receive are one that are either left to be referred to higher level or are complicated ones. Many a times we also deal with cases that are operated elsewhere and become complicated and are then referred to us.

So today in this blog I would like to discuss about gall bladder diseases with special focus on stone diseases. Most commonly asked questions in patient’s mind are

1. How are stones formed?

2. How can we prevent formation of gall stones?

Gall stones are usually formed by mismatch in concentration of cholesterol and bile salts in bile. So a balanced diet that is low in fats can help in decreasing chances of gall stone formation.

3. What are risks associated with gall stones?

4. If they are not causing any trouble, should I undergo surgery?

These are called asymptomatic stones. Asymptomatic stones usually do not require surgery unless
a. Patient is having low immunity
b. Patient is living in a place where medical facilities are meager.
c. Patient is undergoing surgery of abdomen for some other reason
Relative indications are
i. Multiple small stones
ii. Diabetic patient
iii. Large stone

5. Can we just remove stones and leave gall bladder behind?

We have to remove gall bladder as its functionally abnormal and stones would reform. Moreover cut on gall bladder heal very poorly.

6. Will removal of gall bladder affect my digestion?

7. What are dietary restrictions after gall bladder surgery?

There is no dietary restriction and patient can have normal diet as before. Digestive system adapts well to removal of gall bladder and there is no effect on digestion of food.

Gall bladder removal surgery is performed by laparoscopy. It is successful in more than 99% of cases. Occasionally it is done by open surgery is anatomy is difficult or there is risk of injury to important structures. But as the experience of surgeon increases chances of conversion to open procedure decreases.

Laparoscopy surgery is done through small cuts made on your tummy ranging from 0.5-1 cm. these are small cuts and pain is minimum.

10. Should we undergo open or laparoscopic surgery?

That is to be decided by surgeon operating upon you. As mentioned above large majority of procedures can be done by laparoscopy and needs open surgery only if surgery is difficult or in the presence of gall bladder cancer.

11. How long does it take to remove gall bladder?

Surgery is never about time. It is better to finish the procedure safely than quickly. It may take from 10 mintues to an hour depending upon anatomy.

12. What are risks of surgery?

Apart from anaesthesia risk that depends upon general condition of patient gall bladder surgery carries minimum risk. Still there is small but real risk of bleeding, injury to bile duct or injury to bowel.

13. How long does it take to recover and get back to normal life?

Gall bladder surgery is usually done as day care surgery and patient is send home same evening of surgery. Patient is up and about Few hours after surgery and start his normal routine within few days of surgery.

14. How does experience of surgeon matter in gall bladder surgery?

Experienced surgeon has fewer conversion rate and chances of complication are less. Surgeon experienced in hepatobiliary or gastrointestinal surgery can handle majority of complications on table and can provide better outcome in difficult cases.

15. Why some people are unsatisfied after gall bladder surgery?

Gallstones can cause abdominal pain, bloating or discomfort after food intake and the complications listed above. Symptoms such as indigestion, heartburn, constipation and increased frequency of stools are very common in the general population and are not related to gallstones. Mostly when the patients / treating doctors try to correlate these symptoms with gallstones it leads to unhappiness as these symptoms may not get relieved by a removal of gall bladder. So proper patient selection and counseling can help avoid unsatisfied patient.

Constipation
It is common problem affecting people of all age groups. It has many definitions according to people understanding and myths. It is correlated with many symptoms and afflictions. Many problems are attributed to constipation and many homemade remedies are used to get over these problems. Basically we lack understanding of process of passing motion and thus have many wrong notions and myths about passing motion.
“There is no standard when it comes to passing motion. Everyone’s system is different, so if you’re concerned about how many times a day you should pass motion, it really depends on your body. Some people pass motion three to four times per day, others pass it once a week – and they’re fine, not sick. Everything from motion’s consistency (soft or hard) and fecal size, to how long it takes the body to pass feces( stools) is based on the individual. At what time one should pass motion is different for different individual and depends upon his food consumption previous day. What’s important is to your track any changes in bowel habits.”
When is time to consult your healthcare provider is when you notice the following changes in bowel habits:
• Uncomfortable bloating
• Pain while passing stools
• Extremely hard stools, difficult to push out, or thin stools
• Uncontrolled passage of stools, accidents in pants or bed
• Feeling the colon never completely empties
• Pooping, or lack thereof, disrupts day-to-day work and functionality

Passing Gas
It’d be hard to talk about passing of motion without mentioning passage of gas, or as some people call it, farting. Like passing stools, gas is related to bacteria in our digestive system, as well as the foods we eat.
“Gas is a by-product of bacteria in our large intestine digesting leftovers of the foods we ate. Bacteria produce hydrogen, nitrogen, oxygen, carbon dioxide and methane. Yes, it’s the methane that explodes, if you fart near a flame. There is no healthy or unhealthy amount of gas. How much gas you pass and the odor largely depends upon what you have eaten.

Foods that Make You pass stools easily
It’s no surprise that what we eat determines how we pass motion, more or less. Eating foods high in fiber is well known for helping ease time spent on the toilet and producing voluminous, bulky stools, sometimes gas, too.

“Fiber, both soluble and insoluble, holds moisture, keeping stools soft and bulky, which allows the colon to gently squeeze your stools through, as opposed to squeezing and straining to pass small hard bowel movements, possibly with cramping and discomfort.

In addition to what you eat, how much you drink can also play a role.“Staying well-hydrated is important. You know you are well-hydrated if you’re urinating every three to five hours, and the urine is barely yellow. Generally, stools stays softer then, too.

When is constipation a problem
. Sudden and recent change in routine of passing stools
. Change in color of stool – black color
. Change in consistency and shape of feces
. Blood in stool
. Loss of weight and appetite along with any of above symptoms

Don’t be scared or shy in discussing these problems with your physicians as they may indicate development of tumor. These symptoms are more important in patients with family history of cancer. They should not cause worry as they are signs for early check up to catch disease at early stage. 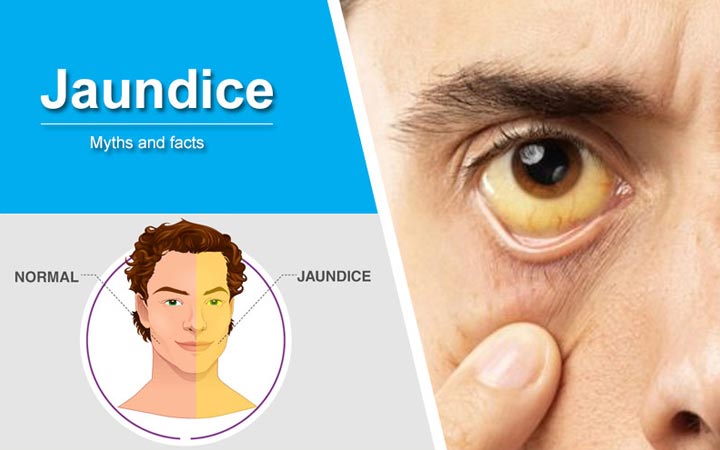 Jaundice (peelia)- It’s yellowness of eyes and skin due to disturbance in metabolism of bilirubin.

Liver produces bile and then put it into intestine through a tract called biliary tract.

Any disturbance from making of bile and obstruction to its outflow will cause jaundice.

If one has this idea then one can really negate the myths prevalent in society about jaundice.

He specializes in dealing with both cancerous and non cancerous diseases of digestive system. He has been associated with many institutes of national and international fame. He has three fellowships to his credit. He was also awarded as (delete) the best young investigator award at international conference of Pancreas for his research work in Pancreatic surgery in 2011.